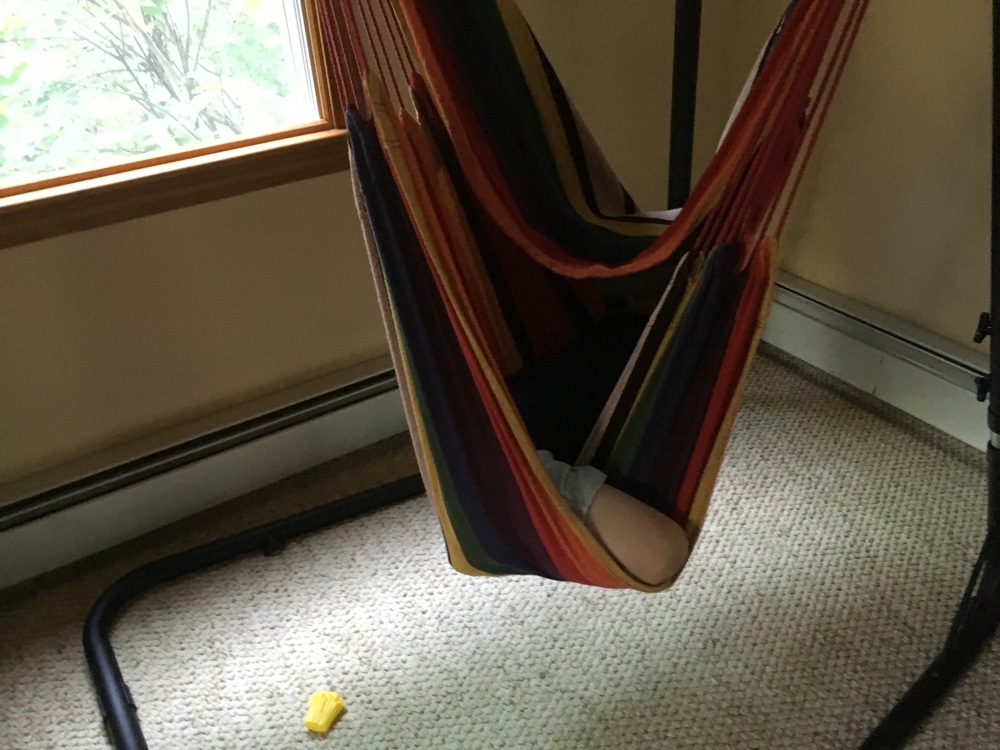 On Facebook, a colleague of mine once listed her religion as “evidence-based medicine.” I recoiled at the outright declaration of idolatry. . . but I secretly admired her dedication, and through my actions, I assumed the same stance. While medical giants of old founded their practice on theory and the ways of revered mentors, I earned my scrub cap in the era of randomized controlled trials, guidelines, and systematic reviews. Dogma, my adherents and I espoused, was dangerous. Nurses and trainees would watch with mouths agape any time I, at the towering stature of 5 feet, would resist a doctor’s suggestion that wasn’t backed by studies. “Thank you for the thought, but no, we won’t be transfusing blood,” I would insist, amid protest. “I understand your concern, but there’s no indication for antibiotics.” Nurses called it my Mama Bear mode, and I relished the title. I felt like my patients’ defender, an advocate for truth and for optimal care.

Then, God gave me Pip.

We noticed his intensity and his sensitivities immediately. The hours of screaming as an infant, without ever sleeping. The howling whenever we bathed him. The panic in response to clapping. The inability to use napkins, have a tag in his shirt, or to hear the sound of a toilet.  The half-hour meltdowns after every grocery store trip.

The signs were all there. I saw them. But I dismissed them. Because there’s scant randomized, controlled data for sensory processing disorder. And therefore, I haughtily decided, it couldn’t be real.

The American Academy of Pediatrics published a caution against diagnosing SPD in 2012. A year later, the 5th edition of the Diagnostic and Statistical Manual of Mental Disorders — considered the authoritative reference on psychiatric disorders — excluded it from its list of recognized diagnoses. Those two blows were enough for me. As I pored through stacks and stacks of books on autism, ADHD, oppositional defiant disorder, and other conditions (none of which fit Pip, by the way), I just skipped past any mention of SPD.

It took my own poor kid, weary, exhausted, troubled, and only four years old, to actually tell me what was going on.

“Mum,” he said through tears one night, after a horrid day of meltdowns and irritability, “noises, busy places, and scratchy things make me anxious, Mum. I feel anxious all the time.“

His words struck me cold. I’d rejected the possibility of SPD because I’d decided the data were insufficient. Yet here was my own child, describing to me sensitivities so severe they impaired his ability to handle daily routines.  What I’d discounted as quirks, prohibited him from doing life. Even if the studies didn’t convince, what he described impaired his ability to function. . . which is the definition of a disorder.

The evidence was right in front of me.

To be clear, I am not criticizing evidence-based medicine. Especially where critical care is concerned, it literally saves lives (the Surviving Sepsis campaign leaps to mind). If you read my book, you will find it chock full of study references, all of them illuminating and helpful in understanding end-of-life care.

What I caution against is the hubris I myself slid into: the lie (and the blasphemy) that any method, or protocol, or ideology supercedes the complexity of God’s work. The arrogant presumption that we have all the answers.

We should follow, with careful discernment, the path that the best data paves for us. . .but we cannot stalwartly close our minds to the possibility of alternative routes beyond our perception. We may not have the numbers and statistics to describe a condition. . . but that lack of data, a failure on our part, does not by necessity mean a condition does not exist. Science guides us toward a deeper understanding of God’s creation, in all its wondrous nuances and intricacies.  But our methods are man-made. They are imperfect, and prone to error (the recent retraction of a dozen articles by a researcher at Cornell provides just one example. . .events leading to the opioid epidemic offer many more).  Statistics do not always convey truth. Evidence-based medicine is not righteousness. It certainly cannot give us the Gospel.

I regret that it took the struggles of my own, suffering little boy to unveil my idolatry. And yet, I am oh, so grateful. God does this with our sin. He reveals our waywardness not always with fire and tempests, but often in simply giving us over to the corruption of our minds and hearts. In the book of Hosea, God gives Israel over to the false gods whom she pursued, knowing she will discover only misery. He withdraws His gifts from her, and so as she chases after prostitution and bounty, she reaps only infertility and hunger.

And yet, He pays the price for our redemption — in Christ’s blood — and forgives us! How awesome, how gracious and merciful is this Lord of the universe, that even in our stubborn retreat from Him, He pursues us? (Luke 15:20) How steadfast is His love for us, that when we were dead in our sins, He made us alive again in Christ? (Eph 2:1-10)

The most compelling evidence in the history of the world, follows no statistics, but instead takes the shape of a cross. It guides our path. It steers us toward truth. It points us to the One in whom we have ultimate trust, and hope, and assurance of steadfast love.

No data can alter that message, or diminish its power.